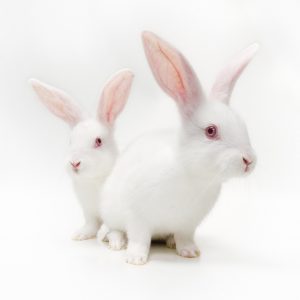 REACH regulations could overturn the UK’s status as a leader on animal testing laws.

In the cosmetics industry, the most common animals used for testing are guinea pigs, rabbits, rats, and mice. According to the Humane Society International, globally, around 500,000 animals die in cosmetic testing every year.
Animal testing for scientific purposes is far from new. It actually predates Queen Victoria’s time and goes all the way back to Ancient Greece. (Aristotle was one of the first documented academics to perform experiments on living creatures.) But back then, animal tests were primarily conducted on medical grounds. It wasn’t until the early 20th century that cosmetic animal tests started to become commonplace.
But since the early 20th century, science has progressed significantly. Our very own Dr Jarrod Bailey (Science Director) weighs in.