50 years ago, American President Richard Nixon launched his so called War on Cancer – yet still the battles rage on all fronts and the casualties continue to mount.

Despite billions being spent over the decades on research to find treatments and cures, a cancer remedy remains as elusive as it did in 1971.

Every sixth death in the world is due to cancer, making it the leading cause of death second only to cardiovascular diseases. Around 10 million people every year succumb to cancer, about the same as those who perished half a century ago; any drop could as likely be attributed to the reduction of tobacco use as to effective cancer research.

Every death is a tragedy – though humans are not the only victims.

Many more animals have died in humankind’s protracted drive for victory against cancer. The true number of fatalities may never be known but it is likely to be in the tens of millions if not far higher.

Ethical arguments aside for a moment, you might ask just what has this industrial scale animal cruelty actually achieved?

Mostly, it has won headlines. Hardly a week has passed since Nixon signed his landmark National Cancer Act without a media story celebrating a breakthrough and potential new cure or treatment.

But rarely if ever is there a follow up report. The new drugs that worked so well in research do not make it to patients and there is still no cure.

That’s because experiments on animals in cancer research are fundamentally flawed – just as they are in other diseases including Alzheimer’s, diabetes, heart disease and asthma.

90 percent of new medicines that look promising in animal tests fail in human trials because they are unsafe or do not work in humans.

The reasons as to why are as obvious to the lay person as they are for the most eminent bio-medical professor.

There are significant differences between our genetic makeup and those that make up the myriad of animal species – some whom we keep as pets – used in experiments.

In other words, animal-based research is not human relevant, therefore the success rate is at best negligible.

Why then, in Britain alone, are over three million animals (2019 HO stats) used in research each year? 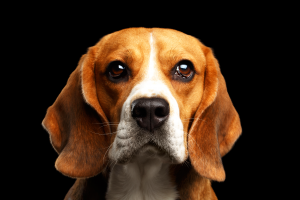 That’s six animals suffering every minute of every day in a UK lab.

Outdated regulations and entrenched mind sets are to blame for the continued use of this dud ammunition in the war on cancer and other diseases.

Yet there is an alternative route to victory. A revolution in lab technology and new approaches to collaboration between sectors means we are, to borrow a Churchillian phrase, at the beginning of the end of animal-based research.

Crucial medical research data is being gathered faster, more accurately and cheaper thanks to animal free laboratory innovations such as a 3D organ on a chip, which simulates the activities, mechanics and physiological response of human organs and systems.

These techniques have the potential to significantly reduce the drug development failure rate, revolutionising medical research.

So too are the unique partnerships between engineers and computer scientists to deploy all the available cutting-edge resources, such as artificial intelligence.

Animal Free Research UK is a leader among the pathfinders seeking to cure diseases faster and cheaper and saving the lives of humans and animals.

We are funding a new generation of animal free researchers, who work at our Animal Replacement Centres – ARCs – where new technology has been invented, and who are pushing research boundaries towards a cure for major diseases.

We understand hearts and minds will not change overnight.  And as much as we want the senseless cruelty to stop right now, we do now have a unique opportunity to tear up the medical research rule book.

The COVID-19 pandemic has forced a reappraisal of what is truly necessary to deliver safe and effective health solutions as quickly as possible. Animal free research was pivotal in bringing vaccines on stream after decision-makers agreed human trials could be conducted in parallel with and sometimes ahead of animal tests.

Now we need a big push. A substantial boost in funding for animal free research is urgently required.

We believe the war against the diseases will be shortened if we can achieve a paradigm shift in mindsets that ensures human models for human disease are developed and used widely.

On this important World Day for Animals in Laboratories, we salute the animal free researchers and all those who support our mission.

And we issue a rallying call to the public and decision makers to unite and helps us end the cruelty and the war against deadly diseases.