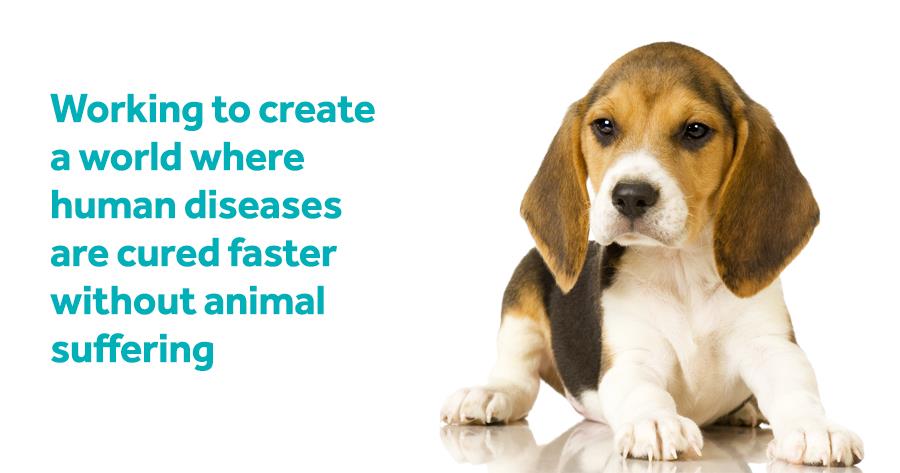 The law that covers the use of animals in experiments and testing in the UK is the Animals (Scientific Procedures) Act 1986 Amendment Regulations 2012. This came into force on 1 January 2013 after the original 1986 Act was revised to include new regulations specified by the European Directive 2010/63/EU on the protection of animals used for scientific purposes.

The law is often referred to by its acronym ASPA.

A note about terminology

At Animal Free Research UK, we recognise that language and the words we choose to use are powerful – they can reveal and conceal different perspectives, values and interests. We choose our words carefully in line with our values.

It is helpful to define some of the phrases that are used frequently throughout ASPA so that we can better understand the law. Some words have precise definitions which are different to everyday use, and others have become quite contentious.

We explain them here so that members of the public can be better informed about the law – but that does not mean we endorse their use or the rationale behind them. Instead we set out our position so that we are transparent about our views.

According to ASPA, a ‘protected animal’ is any living vertebrate other than humans and any living cephalopod. ‘Protected animals’ are not protected from being used in research, but rather their use is regulated under ASPA, whilst other animals are not afforded any legal protection. This definition is used within the UK and European Union.

A ‘regulated procedure’ in ASPA is any test, experiment or other procedure done to a ‘protected animal’ which may cause them pain, suffering, distress or lasting harm which is equivalent to, or higher than, that caused by the introduction of a needle in accordance with good veterinary practice.

At Animal Free Research UK, we find the word ‘procedure’ to be sometimes unhelpful as it can conceal the experience of the individual animals used. Instead we tend to use the words ‘test’ or ‘experiment’. If we are talking about a particular test then we do our best to describe what actually happens to the animals involved because we believe we have a responsibility to shine a light on their lived experience.

The use of animals in research in England, Scotland and Wales is regulated by the Home Office, and in Northern Ireland by the Department for Health, Social Security and Public Safety. The Home Office’s Animals in Science Regulatory Unit (ASRU) is the department responsible for regulating and enforcing the law related to the use of animals.

Three licences are required before testing on animals takes place:

According to the most recent ASRU Annual Report, at the end of 2018, 22 inspectors (20.8 full time equivalents) were responsible for inspecting and providing advice to the people and places carrying out animal experiments and assessing licenses. This equates to one inspector per 159,890 animals used in research.

All inspectors are veterinary or medical practitioners who have first-hand experience of biomedical research.

In 2018, inspectors completed 28 cases where there was a failure to comply with the regulations including:

A formal Compliance Notice was issued in just one of these cases. Compliance Notices simply set out actions that must be taken to ensure the breach does not continue or is not repeated. Consequences may include suspension, variation or revocation of a licence to carry out animal experiments.

Establishments typically review harm-benefit analyses internally at animal welfare and ethical review bodies (AWERBs) before their project licenses are sent to ASRU for approval. Their discussions and decisions are not made public. This means it is unclear how often AWERBs reject a proposed project on the basis that the harm to animals outweighs any potential benefit to humans.

Whilst ASRU publishes the number of new licenses it approves each year, it does not make public how many applications it turns down.

The harm-benefit analysis is controversial because it implies that there will be a direct benefit to humans as a result of the suffering of animals. However, this is hardly ever the case. In reality, the choice made is between an actual harm to animals versus a hypothetical good for humans.

The process of obtaining a project licence includes researchers defining the level of suffering animals are likely to experience in each experiment.

The categories of suffering set out in ASPA are non-recovery, mild, moderate or severe suffering.

In 2018, 31.9% of experiments on animals were judged by the researchers to cause the animals moderate or severe suffering.

Severity assessments only acknowledge the suffering caused to an animal during an experiment. It does not include other harms animals experience during their lives in a laboratory, for example their lack of mobility, relatively barren environment, and lack of opportunities to express their natural instincts including companionship and play.

ASPA 2012 has enshrined the concept of the development of ‘alternatives’ as a legal requirement. The wording in ASPA 2012 reads:

With the exception of clause (4), the aim of these regulations is to develop and promote alternatives at a Governmental level, not just at a scientific level. The Law requires the Government to do what it can to ensure that scientific methods and testing strategies which do not use protected animals are used and developed instead of similar methods that continue to use protected animals.

Animal Free Research UK supports the principle that the Government must ensure non-animal scientific methods are developed and used. However, millions of animals continue to be used in research every year. We want to see the Government do much more to proactively accelerate the growth of new approach methodologies that replace the use of animals.

We prefer the term ‘replacement’ to ‘alternative’ because it makes our position clearer. We do not believe that animals should be available to use as one option in the scientific toolbox. Instead, we believe the use of all animals should be replaced by ethical, scientifically superior new approach methodologies which can better predict human responses and do not involve animal suffering.

The 3Rs: replacement, reduction and refinement

ASPA 2012 has enshrined the principles of the 3Rs – the replacement, reduction and refinement of the use of animals in research – into UK Law. This is defined in Section 2A of ASPA 2012:

This means that when a scientist applies for a licence to conduct animal experiments, they must explain why there is no scientifically satisfactory non-animal methodology that can be used instead of an animal experiment.

However, the burden of proof that the 3Rs have been considered falls on the applicant. They do not have to provide evidence that they have thoroughly investigated the replacement options. Instead they can simply state that in their view the research outcome requires animal experiments. Members of the internal AWERB that assesses the application before it is submitted to ASRU are likely not experts in the 3Rs.

At Animal Free Research UK, we believe that experiments on animals are ethically unjustified and that pioneering animal free research provides the best chance of finding treatments for human diseases.