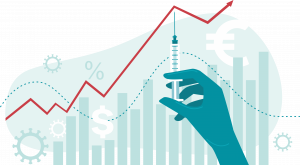 Medical research urgently needs to be modernised. Several thousand diseases affect humans but only around 500 have treatments available.

As to why we have made only such modest wins in our long fight against human illness lies in the three million animals used in British laboratories each year.

Patients remain waiting for progress in tackling devastating diseases such as Parkinson’s and Alzheimer’s because significant differences in our genetic makeup mean that data from animal experiments cannot be reliably translated to people.

To illustrate why using animals in experiments is a crude and outdated approach that is out of place in our increasingly high-tech society let’s consider two everyday items.

First take chocolate – adored by humans yet toxic to dogs. Second paracetamol – the go-to medicine to treat a range of illness for us humans, yet for cats these small miracle tablets pose a threat from toxicity.

Consider also why 92 percent of new medicines that look promising in animal tests fail to proceed in human trials due in large part to significant differences in our genetic make-up.  Many of those drugs that do reach market are later withdrawn or relabelled with warnings for the same reasons.

Yet there is a solution that can lead the pursuit of medical researchers on our behalf towards a brighter future.

At Animal Free Research UK, we fund researchers to use and develop the cutting-edge techniques that will cure human diseases faster without animal suffering.

These so-called New Approach Methodologies – or NAMs for short – include the use of human cells and tissues, artificial intelligence and organ-on-a-chip technology.

The scientific and ethical argument for using such techniques has already been made clear, but we were keen to look at the economic impact to underscore the benefits of switching to NAMs.

We commissioned the Centre for Economics and Business Research (Cebr) to assess the current size of the NAMs market and then forecast how it is likely  to grow over the coming years.

The results provide further compelling evidence of the need for Government support in this exciting area of public health.

The report estimates that in 2019, the UK NAMs industry contributed £2.3 billion in turnover and £592 million in Gross Value Added (GVA) to the British economy.

It also suggests that NAMs are an area with high growth potential, forecasting continued growth over the coming years. In 2026, the UK NAMs industry’s contribution to UK GDP is predicted to reach £2.5 billion.

As well as their direct contribution to UK GDP, it is worth considering the potential of NAMs to benefit the economy more widely.

A key consideration in the lack of progress in treating major diseases is of course the devastating impact on patients and their families. However, it is also worth considering the impact of ill health on the wider economy.

Dementia, for example, has been estimated to cost the UK economy £26 billion each year. By providing results that are directly relevant to people, NAMs can accelerate the development of effective treatments that will transform patients’ lives and reduce the economic cost of ill health.

This powerful new evidence comes at a critical time as the Government undertakes the Spending Review 2021 and determines its Autumn Budget.

There is also a key focus on determining the UK’s scientific strategy. Over the summer, the Prime Minister announced the creation of a National Science and Technology Council with a supporting office led by the Chief Scientific Adviser, Sir Patrick Vallance.

The UK Innovation Strategy indicated that this new Council would determine a series of ‘missions’ which would be at the heart of the Government’s scientific strategy and would address some of the key challenges facing the UK.

Animal Free Research UK believes modernising medical research should be at the forefront of this new suite of missions.

The release of this new economic evidence coincides with another key event that will showcase Britain’s approach to tackling major global challenges. At the end of this month, the UK will host the UN’s Climate Change Conference – aka COP26 – in Glasgow.

This will bring together world leaders, experts and campaigners to accelerate action to tackle climate change.  In this field, the UK Government has accepted the need for transformational change and has set clear targets such as the commitment to reach Net Zero emissions by 2050.

As a charity dedicated to replacing the use of animals in medical research, it is not our place to comment on how effectively the Government is tackling climate change.

What is clear however, is that commitments have been made, targets have been set, and large-scale funding has been made available for this purpose, including the £1 billion Net Zero Innovation Portfolio which supports projects focusing on the development of green technologies.

So, the time is now for the Government to accept the need for medical research to be transformed in the same way.

Specifically, the Government should make large-scale grant funding available to support the further development of animal free techniques and encourage their uptake. Not only would this have major benefits for animals and public health, but it would place the UK at the forefront of a global industry with major economic potential.

While large-scale funding is of vital importance, it must be combined with bold policy action. Firstly, the Government must acknowledge the need to replace animals with cutting edge techniques and place this transition at the heart of its scientific strategy.

Secondly, it must develop a concrete plan for making this happen. And finally, it should create a new ministerial role to coordinate and oversee this vital transformation.

Modernising medical research is within reach – but it depends on the Government being bold enough to wholeheartedly back the technologies of the future.