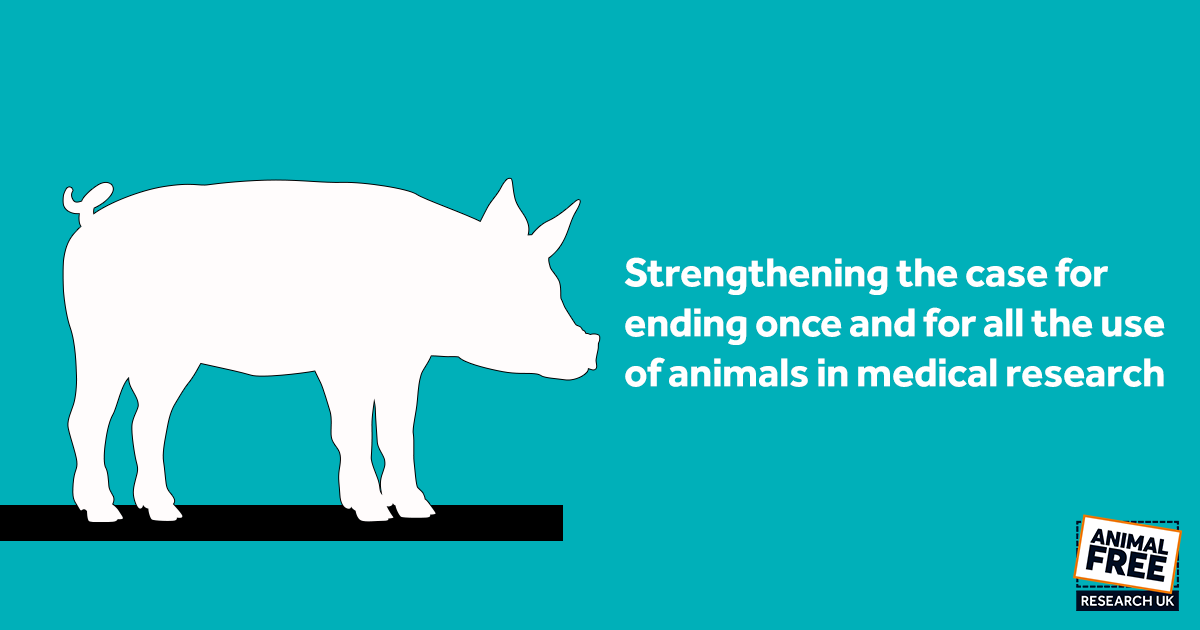 The death of the first person to receive a pig heart transplant is not in vain – it has strengthened the case for ending once and for all the use of animals in medical research.

There was much optimism and excitement when in January this year when patient David Bennet, who was suffering from terminal heart disease, became the first “successful” recipient of a pig heart transplant.

The procedure – known as xenotransplantation – was heralded in headlines around the world as the success story of the century, with many including patients and their relatives, hoping it marked a new beginning for health care.

Many in the medical science community speculated that the “success” was related to the advanced, multiple genetic modifications made to the pig heart which was believed to make it more compatible with the human body, so helping prevent rejection by the patient’s immune system.

Given the problematic history of xenotransplantation research, we at Animal Free Research UK feared at the time the excitement following the surgical procedure was premature. And it was with great sadness that we learned this week of the death of Mr Bennet – just two months after the operation.

The University of Maryland Medical Centre, where the procedure was carried out, has yet to determine the cause of death.

We all are eager to know what happened. What we do know is transgenic organs and powerful immunosuppressive approaches are still not good enough to prevent the rejection of xenotransplants, ultimately leading to the death of the organ recipient. That’s because the processes involved are complex, and whenever one obstacle is overcome – or progress to overcome it has been made – another appears.

This is because the human immune system is uniquely designed and regulated to reject anything sensed by it as “foreign” and thus a danger. For example, it is understood that every day our immune system prevents the formation of a tumour at least once and is constantly locked into battles against infectious agents such as viruses and bacteria.

It stands to reason then, that an organ from another species would not be tolerated while functioning to an acceptable degree, more so in a patient weakened by a terminal illness.  Some have long argued even attempting such a radical, challenging procedure was futile as it was doomed to fail.

Needless to say, University of Maryland Medical Centre  surgeons believed that Mr Bennett’s case was promising and could lead to xenotransplantation saving many lives worldwide.

The patient’s tragic death is likely viewed as a setback, but it is highly probable that more pig heart transplants will be performed in the future.

Research scientists would never criticise the desire of their peers to improve human health and preserve life. But Mr Bennett’s demise is the latest in 50 years of failure of animal-based xenotransplantation.

Decade after decade, these failed experiments – because that is what they are – are recast as victories because a small improvement was recorded, amid claims that it is only a matter of time before xenotransplantation become successful and the norm.

Mr Bennett’s death will be likely recorded as such, though in reality it adds to the volume of evidence suggesting that such medical procedures with always end in failure.

Surely then, it is time for those that advocate further research and practice of xenotransplantation should accept the evidence – and instead turn to new and available promising modern medical approaches.

Cutting edge science like the 3D printing of human organs are transforming the way we approach research and understanding. Added to this are revised organ donation schemes which have more positive impacts.

The international medical research community is at a fork in the road. It was recently reported a team of scientists are working with lab-grown pig heart tissue to study heart attacks in humans, while others are working with scientifically superior human tissue.

Examples of promising human-based research providing better data and outdated animal use, include a myocardial ischemia on-a-chip, which by exposing human-like 3D heart tissue to oxygen-limited environments, recapitulates when a blood clot or embolus blocks or slows blood flow in the cerebral artery.

This new approach method is fast tacking understanding the development cardiovascular disease in order to be better able to prevent and treat it.

Many research scientists argue that xenotransplantation is unnecessary because the need for organ transplants can be limited by prevention through education and health measures, improved donor recruitment, better training of doctors and surgeons.

Scientists at the University of Dundee are developing a pioneering approach to training doctors and testing treatments for heart disease and stroke. Their work is made possible by the use of what is known as the Thiel embalming method on human cadavers, which preserves texture and colour, leaving the cadavers with more life-like properties.

This is saving the lives of millions of animals – mainly pigs – while meeting the urgent need for doctors to master the capture and recovery of clots from human bodies.

With an increasing number of researchers using diverse and complementary human-relevant approaches, medical research is evolving rapidly and rendering xenotransplantation redundant, and continuing such outdated methods will do more harm to our species and sadly result in more deaths.

Mr Bennett’s passing has not been vain. It has strengthened the case for ending once and for all the use of animals in medical research.