Supervised by Michelle Botha at the University of Hertfordshire, Niamh Haslett developed computer models to predict psychoactivity in new drugs rather than testing in mice. 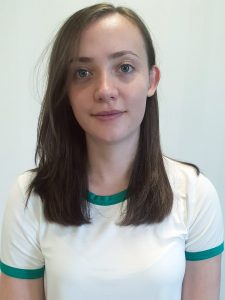 New psychoactive substances are drugs designed to mimic the effect of illegal recreational drugs such as cocaine, cannabis and ecstasy. Up until April 2016 these were legal in the UK and during the height of their popularity were often called ‘legal highs’. The number of health related issues regarding these drugs is of serious concern, as their effects vary greatly and there is relatively little information about the pharmacological effects these drugs have on the body.

In her summer research project, Niamh developed a computational model to identify what key properties of a drug are required to convey psychoactivity, to predict if it has the ability to elicit a psychoactive effect when taken. Her model has the potential to help replace the animal experiments that are sadly currently used for the identification of psychoactive substances.

Advances in computational chemistry have made the prediction of a molecule’s biological activity even more accurate and robust. My research project gave me the opportunity to learn how to use this animal replacement tool, improve my research ability and protect animals in the identification of psychoactive drugs.