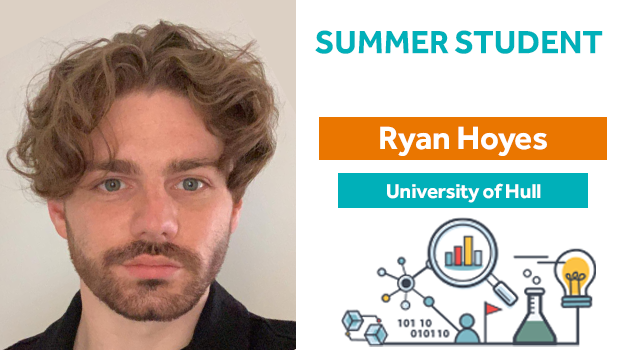 Idiopathic pulmonary fibrosis is a disease in which lung scarring occurs with no known cause. In recent years several lines of evidence have implicated the role of blood vessels (containing endothelial cells) in disease progression but little is known about how these cells contribute to this disease due to a lack of accurate models.

Current models poorly reflect the reality of the disease, and if the cause of scarring is not the same as it occurs in humans, the results are often obscured and inaccurate which negatively impacts clinical trials for new therapies that may stop or reverse disease progression, or even the possibility of a cure.

My project will use modern sequencing technology to assess the gene expression of cultured lung blood vessel cells which have been donated from idiopathic pulmonary fibrosis patients. This will provide a more detailed understanding of how endothelial cells respond to this disease and inform the creation of new treatments.

Get to know Ryan…

Why do you want to participate in animal replacement summer studentship?

In a short explanation, I personally find research conducted on animals to be cruel and a significant waste of life. This is a commonly shared opinion between many which is also backed up by scientific research and current data on the rates of success in clinical trails originating from animal products. Frankly, animal testing for the purpose of human health can not be sufficiently backed up when considering molecular and physiological differences between species.

How will the Summer Student Programme help to kick-start your career as an animal free researcher?

Having originated from a construction-based background, the Summer Student Programme will ultimately provide me with a greater depth on how research is conducted and a better understanding in the techniques involved.

Why is research without the use of animals important to you?

Animal testing is currently considered the norm when it comes to scientific research. However, animals are a poor reflection of human disease. My project on idiopathic pulmonary fibrosis provides a clear example of this. Idiopathic is a term for unknown origin, but the mice that are used in this research are administered bleomycin which causes pulmonary fibrosis and therefore affects the accuracy and effectiveness of the drug in clinical trials. From a scientific standing point, animal free research is clinically significant in the development of personalised medicine for humans.

Animal experimentation is also ethically questionable as many species die in the process of the research conducted on them and the number of animals used in research only increases each year. Increased study of human disease only increases the death rate of animals used in research, which in our generation should be outdated and replaced with donated human biomaterial for the purpose of accurate science as well as ethical considerations.

How does your project fit in with your degree?

Coming from a Biomedical Science background, the clinical aspect of testing on human biomaterial is of significant importance when it comes to providing safer drug trials. This project will significantly benefit the industry in which I choose to build a career as scientific advancements in human diseases hold the potential for treatments to incurable diseases. This project will allow me to develop key skills in bioinformatics which I am aiming to utilise in the future prospects aimed towards cancer.

What are your future plans and career aspirations?

My future plans involve post graduate study, which was originally adapted to the NHS route of becoming a clinical scientist. However, applying my knowledge to the purpose of animal free research is of a greater interest and I know that the contributions made in this area could significantly impact the healthcare industry by providing patients with safer medicine at an increased effectiveness.

Many human relevant approaches have been introduced into the scientific world, but unfortunately, the use of animals in medical research is entrenched and institutionalised, with many researchers still viewing animal experiments as the gold standard. This is our time to make change happen. Our work is funded entirely by your generous support, so please make a donation today to help us free animals from laboratories for good.

Support the next generation of scientists who are innovating the future of research, and join us in building a brighter future for humans and for the animals.