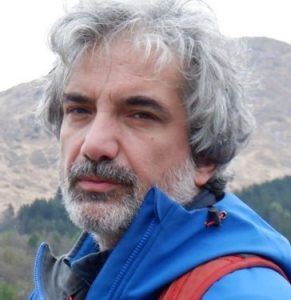 Animals to be replaced: mice and cows

Gastrointestinal motility disorders, affect the ability of our gut muscles to contract and therefore mix and propel its contents. They are a major medical challenge and can be caused by defects in nerves, smooth muscle (involuntary muscle) or other cells. Visceral myopathy (VM), a gastrointestinal motility disorder, is caused by a smooth muscle weakness and can lead to Chronic Intestinal Pseudo Obstruction, whereby it’s difficult or impossible for people to move food, fluids, and air through their digestive systems. The term “pseudo-obstruction” refers to the fact that symptoms are similar to having a blockage in a part of the digestive system, yet with nothing physically present.

People who are affected by VM, frequently undergo surgery to remove parts of the bowel. To avoid gut blockages, they are sometimes recommended to abstain from food, condemning them to parenteral nutrition (nutrition delivered through veins) for the rest of their lives. Misdiagnosis and inadequate treatment can lead to life threatening intestinal attacks and severely affected babies often do not survive their early years of life. There’s an urgent need to find new ways to diagnose and treat VM.

The exact causes of VM are not fully understood but in around half of patients, a faulty gene called ACTG2 has been linked to the condition, so researchers commonly use muscles taken from genetically modified mice to study VM. As well as being ethically unsound, animals’ genes work very differently to people. To gain a reliable insight into the disease and if a drug will work, a more human-relevant approach is urgently needed.

Rather than taking muscle cell samples from VM patients, which could be painful and damage the intestine, Dr Massimo Vassalli, at the University of Glasgow,  is using cells known as skin fibroblasts, which are easier to obtain. Fibroblasts can be cleverly re-programmed into forming smooth muscle-like cells using physical and chemical cues and providing a scaffold for them, on which to grow.

Dr Vassalli is developing an animal free spinach leaf scaffold to grow the fibroblasts. The spinach leaf cells can be removed easily using detergent and bleach, leaving them as a blank scaffold, on which cells can grow. Collagen from animals is normally used to help the cells to survive and stick to the scaffold, but Dr Vassali is making human-like collagen using genetically modified tobacco. He also plans to test the strength and function of scaffolds from different plant sources such as apples, which provide a scaffold that can be shaped easily, and celery, which has been successfully used to grow cells.

Dr Vassalli has used detergent and bleach to remove the spinach leaf cells, leaving it as a blank scaffold, on which cells can grow.

Dr Vassalli’s innovative model could have a significant impact by not only providing a way to study VM without using animals, but ultimately paving the way for other plant-based scaffolds to be developed for a wide range of medical research. It could also eliminate the use of biomaterials taken from animals, such as collagen, by instructing plants to produce them instead.