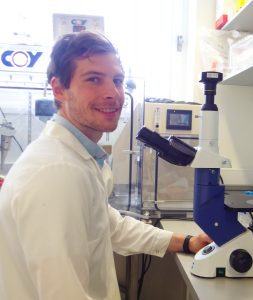 Animals to be replaced: Mice, rats and fish

Strokes happen when the blood supply to part of the brain is cut off and is a leading cause of death and disability worldwide. Stroke research is one of the most failure-prone areas of research, with progress having stalled in the last 50 years. More than 1000 treatments which have shown promise in animal experiments, have then failed to translate into benefit for people and there are no approved drugs that can protect or repair our neurons (nerve cells).

Differences between human and animal neurons account for much of this failure. Human neurons are bigger, differ in the way they transmit electrical signals and in the way they respond to injuries such as stroke. Strokes in animals is mimicked by clamping a major blood vessel, causing severe injury to part of the animal’s brain and significant suffering. New ways to study stroke in human relevant models are vitally needed to help save both animal and human lives.

New technologies are now enabling scientists to grow and study human neurons in the lab, but these tend to grow in a tangled arrangement rather than into ordered circuits like those found in the brain. They also don’t fully mimic the oxygen and glucose deprivation that happens during a stroke.

When a stroke happens, oxygen-deprived cells die quickly and, crucially, surrounding cells will also die as the injury spreads through the circuit to distant areas of the brain, making the impact of the stroke much worse. Exactly how this happens isn’t fully understood. Dr Paul Holloway, at the University of Oxford, is developing a novel, human-relevant approach to guide neurons into forming ordered, connected circuits. This will help uncover new insights into what happens during a stroke. He is using computer microchip technology to create a transparent, flexible chip with tiny channels that help guide neurons to make connections. These channels are filled with chemicals that create oxygen and glucose deprivation to mimic stroke. 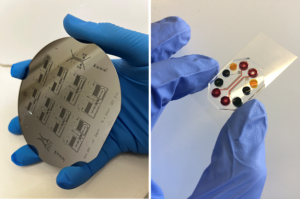 Designs are etched onto Silicon wafers and then cast designs into a flexible transparent material to create cell culture devices with miniature channels and features at a sub-cellular scale.

Using this innovative model, Dr Holloway will examine how the neurons respond to stroke conditions how this type of nerve cell injury can spread to otherwise healthy areas of the brain and how the neurons surrounding the injury could be protected, limiting the severity of the stroke.

An improved lab model of stroke could have a drastic impact on ending the suffering for animals and pave the way for the development of drugs that stop the injury spreading, limiting the severity of the stroke.