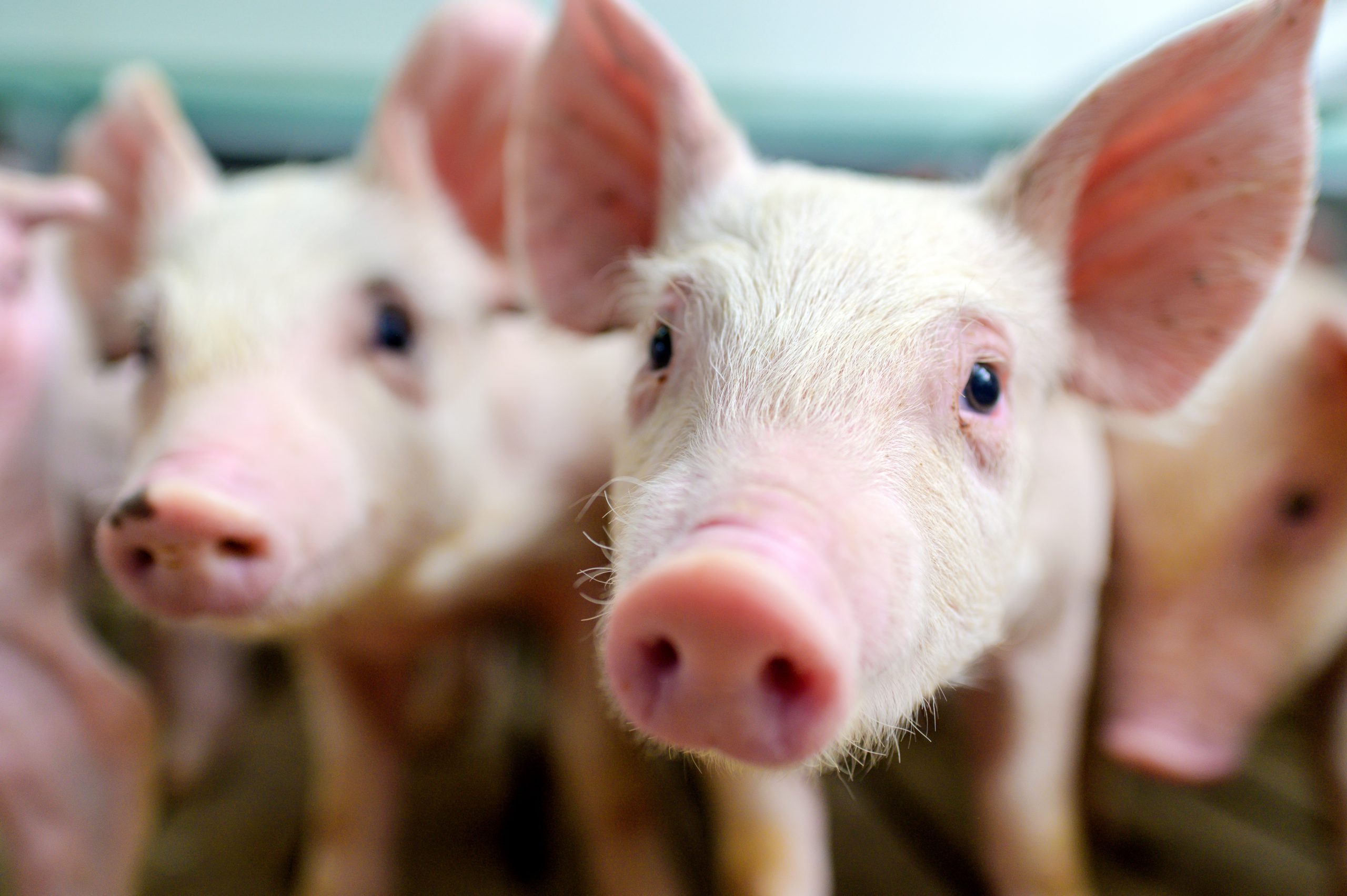 Celebrating the first heart transplant into a human from a genetically modified pig maybe premature because the procedure is not only ethically wrong – it is already obsolete, writes Animal Free Research UK’s science manager, Dr Lilas Courtot.

A lack of human organ donation is an issue worldwide – with around 17 Americans dying each day alone – so there is little surprise the pig heart to human development made international headlines.

The science of xenotransplantation – known as XTP and which sees the transplantation of cells, tissues, or organs from animals into humans – has been around for decades; heart valves from pigs and cows have been routinely grafted into thousands of patients since the 1960s, though experimental surgery involving entire organs had resulted in failure.

However, the advancement in cloning and gene editing allowed lead surgeon Dr Bartley Griffith and the University of Maryland Medical Centre team to alter ten pig genes to prevent the new organ from being rejected by the patient – though it must be stated that these alterations cannot guarantee success because rejection is possible even from human transplants.

The high failure rate and risk aside, those who support xenotransplantation will welcome the added weight the first pig heart to human transplant has given to their argument.

It would be macabre and in poor taste to be overly negative about the future of the patient.  Where XTP goes from here however, is now the subject of intense debate; Dr Griffith sought to temper expectations with a disclaimer that it will take a long, long time – decades – to ‘perfect the procedure’.

XTP is complicated to the point where many argue it will, given the empirical evidence, never succeed in becoming routine surgery.

That aside, we must ask:  what does this piece of medical history means for animal kind?

An obvious ethical problem is animal welfare. More and more countries and civil societies acknowledge animal sentience and grant animals more rights, so the prospect of raising pigs solely to harvest their organs for humans is widely seen as abhorrent and an affront not only to animals but to the advancement of human civilisation.

Confining animals to  unnatural conditions which are harmful to their biological and psychological well-being is in more and more countries considered illegal.

XTP research including genetic modification and severe surgical procedures causes unimaginable suffering. This we know from specific experiments that involved the transplantation of genetically modified pig organs into monkeys.  Many of the monkeys who underwent this invasive and painful experimentation died soon after surgery, and not because of organ rejection – but because the pain and trauma were too great.

Though many see last week’s first pig heart to human transplant as a giant leap forward, it is imperative to underscore how similar “breakthroughs” which promise humankind improved health and longevity fail to come to fruition.

XTP has been around for half a century, but its success is negligible at best and failure remains a very high probability. Without huge doses of immunosuppressive drugs, XTP organ failure would occur quicker than after few weeks and months – and even these drugs come with risks; the patient who received the pig’s heart last week received an immunosuppressive drug which includes an experimental antibody called KPL-404. This has not yet been properly tested for the purpose of assisting a transplant recipient.

In addition to the risk and potential lack of efficacy for patients, XTP also represents a global health issue.

Zoonoses – infectious diseases from the donor animals – are not limited to organ recipients. Once viruses have developed in human bodies, they can be transmitted to anyone who is in contact with infected patients.  This means individual benefit versus collective risks hangs low and heavy over XTPs.

XTP has courted controversy since its conception, and even in the unlikelihood that it did progress over the decades to a ‘perfected’ status, there is mounting evidence it is already obsolete.

Thanks to tremendous technological advances in medical engineering, artificial organs are now considered as an effective path to solve the worldwide donor organ shortage.

Artificial organs can be either created from 3D printing with bio-ink (bioprinting) and containing cells collected directly from patients or created from human cells grown in a dish and differentiated to create “mini organs”.

Respective research teams across the world have already achieved their first successes in the field of organ and tissue bioprinting.

Obtaining a fully functional artificial organ requires a system with blood vessels so all the cells can have access to nutrients and oxygen, just like in the human body.

One recent and promising 3D organ engineering method has been developed by a Harvard team led by Professor Jennifer Lewis. The SWIFT method – Sacrificial Writing into Functional Tissue – allows 3D printing of a network mimicking blood vessels within high cell density from thousands of cells from a patient (www.science.org/doi/10.1126/sciadv.aaw2459). The presence of blood vessel allows perfusion of the organ, which is essential prior to transplantation.

Artificial organs can claim obvious advantages over XTP: they are ethically obtained, they are fully biocompatible with limited risk of rejection, and there is zero risk of infections from other species.

This is a biomedical research breakthrough worth headlines – and is a strong case to invest more time and money into these emerging technologies rather than on high-risk xenotransplantation.

Because extending life and improving health in the 21st Century should benefit humans and animals.