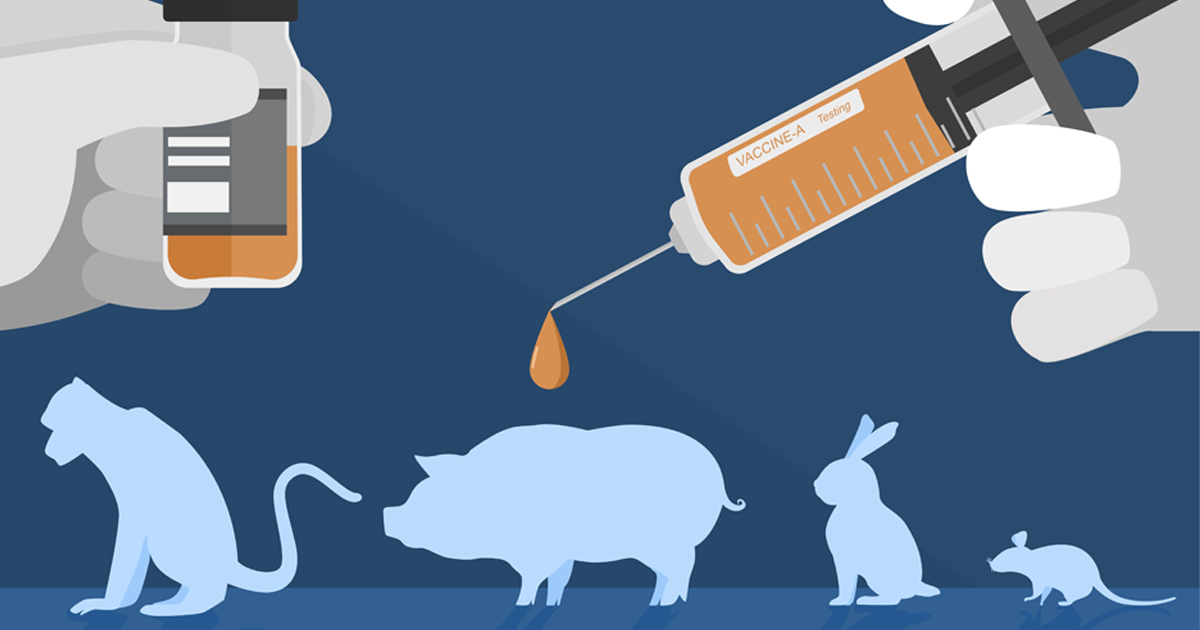 Just before Christmas the Home Office published details of the licences it granted for animal experiments during the first half of 2020.  The timing of the publication might have coincided with the season of goodwill, but the document served as a distressing reminder of the appalling suffering the high number of animals in UK laboratories are subjected to.

For it showed the Government granted 235 new licences to researchers, allowing them to carry out experiments on over 5.5 million animals – including dogs, horses, rabbits, and guinea pigs as well as millions of rats and mice who will suffer and die over the next five years, with that number to increase significantly due to the scope of the licences.

This industrial-sized suffering is allowed to take place despite new technological alternatives that can help safely develop human medicines without exclusive testing on animals.

What disturbs most is the document shows how Government and researchers are treating the requirement to seriously consider alternatives to animal experiments as little more than a tick box exercise, content as they seemingly are to continue to rely on outdated and cruel animal research.

Researchers who apply for a licence to carry out animal experiments must state which non-animal alternatives they have considered and why they believe they cannot be used. Yet in one case seen by Animal Free Research UK, a single word answer was provided by a licence applicant for their alternative methods strategy, a reply seemingly offered more in annoyance – that such ethical practices should get in the way of their preferred, government sanctioned business model.

Examples of the sanctioned tests under licence included:

The approval of these licences and their regulatory compliance is overseen by approximately 20 inspectors who are medical and veterinary professionals, many of whom are not experts in cutting-edge alternatives.

There is a serious knowledge gap among the inspectors about the available alternative technologies. So, we are among those calling on the Government to better promote the implementation and adoption of new approach methodologies into regulatory guidelines, provide training opportunities for scientists, and provide strategic funding to incentivise and facilitate full engagement with replacements to animals used in research.  Because otherwise we risk being left behind by countries like the US and Netherlands which are currently leading the way in animal free research.

If the UK is to become - as touted by ministers - a science superpower, then the Government must stop licensing the suffering of millions of animals and instead significantly increase investment in cutting-edge technologies such as organ-on-a-chip which are best placed to discover treatments for human diseases and save precious time and lives.

Yet last July, the Home Office announced that 3.4 million experiments on animals were conducted in British laboratories in 2019 - a decrease of just 3.4% on the previous year.

Recently, 77 leading scientists and academics published an open letter calling for acceleration of human-focused medical research in the context of the COVID-19 pandemic, which has forced a reappraisal of what is necessary to deliver safe and effective medicines as quickly as possible.

Accelerated delivery of the COVID-19 vaccines was made possible by new approach methodologies which are more relevant to humans and don’t exploit animals. It has never been more imperative to set a clear timetable for regulatory change.

At Animal Free Research UK, we will continue doing everything we can to make this a reality, and to achieve our vision of a world where human diseases are cured faster without animal suffering.