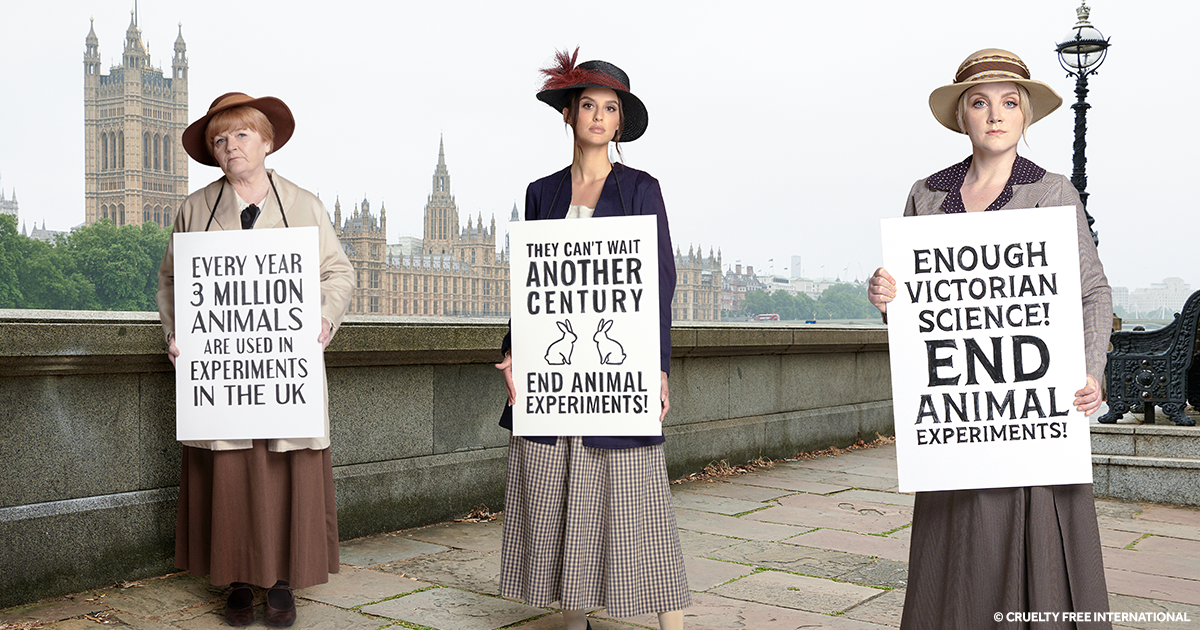 History must not repeat itself – sign our #TargetZero petition

History must not repeat itself – sign our #TargetZero petition

A historic photo taken in 1919 shows three women from the British Union for the Abolition of Vivisection protesting in Parliament Square while the Dogs (Protection) Bill was being debated in Parliament.

We recreated the same scene on the day the Home Office releases the number of animals used in UK laboratories.

Stars from Harry Potter, Downton Abbey and Made in Chelsea re-enacted that historic moment of protest in the UK animal protection movement to call for an end to animal testing in the UK. 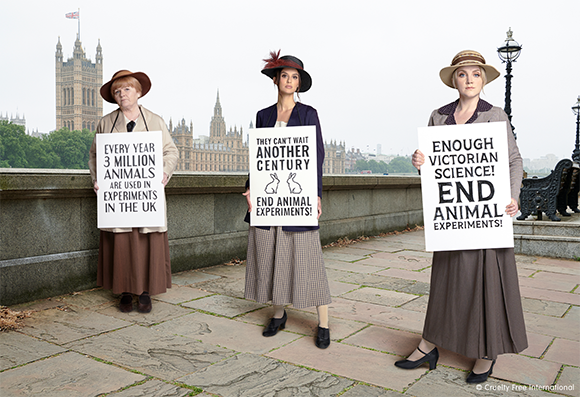 Evanna Lynch – Luna Lovegood in the Harry Potter film series – Made in Chelsea’s Lucy Watson, and Lesley Nicol, who played Mrs Patmore in Downton Abbey, teamed up with our fellow animal protection campaigners Cruelty Free International and OneKind to recreate the iconic photo.

As they do each year, the Home Office numbers make for grim reading.

Nearly 3 million animals continue to suffer in Britain’s laboratories every year – with over 92% of drugs that prove promising in animal trials continuing to fail in humans. We are still struggling to understand many human diseases like Parkinson’s, Alzheimer’s, many cancers and heart disease due to animal experiments with poor human relevance.

Instead of going steadily down since those three women demonstrated in 1919, the number of animals subjected to cruel experiments for negligible if any human benefit has risen significantly over the decades.

Yet sadly we are not even close to achieving a ban on animal research.

As we reflect on the last 100 years and fear another century of history repeating itself, the time has come to do things differently.

The end of animal research will undoubtedly happen because scientific advances make that clear. Techniques that were in the realm of science fiction not too long ago now exist – and are convincing an increasing number of scientists that there is a better way forward.

But it will only happen quickly if the public demands a determined push by Government, the science community, regulators and investors to speedily bring the use of animals in medical research to an end.

So Animal Free Research UK, Cruelty Free International and OneKind have launched a petition to finally make progress towards the goal we’ve always dreamed of – an end to animal experiments.

We’re urging all our supporters and the public to join our #TargetZero action and sign the petition which calls on the government to end its reliance on Victorian science, embrace cutting-edge human-specific research methods that will lead to formerly elusive treatments and cures for disease, and end animal experiments in the UK once and for all – https://petition.parliament.uk/petitions/590216.

Please take a minute or two out of your day to join #TargetZero and PLEASE SIGN THE PETITION NOW to give a voice to animals in UK laboratories  – and to make sure history does not repeat itself. 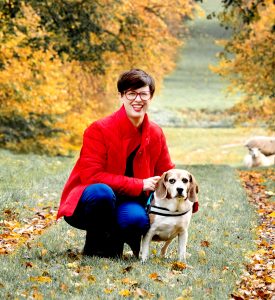