Our researchers at Exeter University have published their revolutionary new study into diabetes. 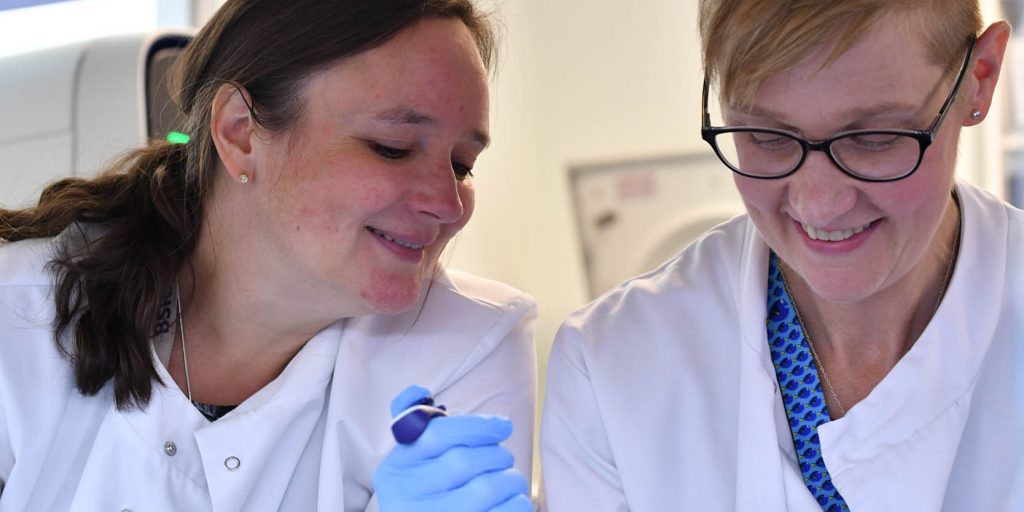 Using only human-derived materials, they have discovered that the cells that produce insulin, the beta cells, do not die as previously thought, but they change their function in diabetes – and crucially, this change may be reversible.

The research, led by our own Professor Lorna Harries, is the first to look at these cells using an entirely human cell system. Lorna developed a new scientific method using human pancreatic beta cell lines, which have been grown in the laboratory without the use of any animals.

This is cutting-edge research at its best – this exciting discovery would never have been made if they had carried out experiments on mice as they are so different from humans.

The research is published in Human Molecular Genetics and the study may give new insights into how high blood sugar can alter the behaviour of important hormone-producing cells, and pave the way to new treatments.

Scientists have previously assumed that the environment around the beta cells causes them to die. However, Lorna and her team were the first to discover that a significant proportion of the cells do not die but become another type of cell – a delta cell.

Similar findings, of beta cells changing and not dying, have been reported in animals but the changes are significantly different.

In mice, most of the changes are beta to alpha cells. Alpha cells produce a different hormone which causes different changes. This is a crucial difference between mice and humans which has important consequences for understanding, and treating, human diabetes.

You can read more here.