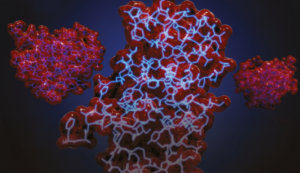 New research carried out by Exeter University and charity Animal Free Research UK has found important insights into the changes that can occur in insulin-producing cells  – known as beta cells –  in people with diabetes which could help protect them and find new ways to treat the condition.

Both type 1 and type 2 diabetes occur in part because of a loss of beta cells, meaning that the body does not produce enough insulin to regulate blood sugar. However, scientists know that the body retains some beta cells that still function long after diagnosis.

The new findings by the University of Exeter’s Animal Free Research UK Centre of Excellence (ARC 2.0) are a step towards being able to protect these cells – and the breakthrough comes ahead of World Diabetes Day, held each year on November 14.

Over 4.9 million people are currently living with diabetes in the UK, with 90 per cent of those with type 2, according to a report by Diabetes UK published last May.

The number of people living with diabetes has hit an all-time high to reach over 4.9 million – with 13.6m people are now at increased risk of type 2 diabetes in the UK.

Cases of diabetes diagnoses have doubled in the last 15 years so the need to find more effective treatment and protection has never been greater.

Dr Nicola Jeffery, who led the research at the University of Exeter, said: “Intervening early enough could be a route towards treating or preventing diabetes.”

Although in its early-stage, the research utilises human cells instead of animal models, in a design which aims to ensure the findings are more likely to translate to finding new treatments.

Previous research had found that some loss of beta cells occurs because the cells change identity in response to the stresses that can arise from changes in fats or sugars in the blood. A proportion of these insulin-producing beta cells can become delta cells, which produce a different hormone, somatostatin. This can further reduce the body’s ability to respond to insulin.

By identifying which genes were differently activated in the cells which had changed, and inactivating these in turn, she found that a gene called HNRNPD was responsible for turning beta cells into delta cells, in a similar proportion to what the team had previously observed in humans.

Added Dr Jeffery: “Finding the gene responsible for transforming beta cells into delta cells is really exciting. Diabetes is a major global health challenge, and we urgently need to find new treatments and prevention strategies. If we can intervene early enough, we may be able to protect surviving beta cells and find new routes to helping people continue to produce enough insulin to manage diabetes.”

Professor Lorna Harries, who leads the University of Exeter’s Animal Free Research UK Centre of Excellence (ARC 2.0), said: “These are of course early days, and we now need to understand exactly how HNRNPD brings about the changes in pancreatic cell identity we have seen. Once we are armed with that information, we may be able to step in and intervene to prevent these changes in cell identity.”

Jarrod Bailey, Science Director at Animal Free Research UK, said: “This is an exciting and potentially very important discovery, which illustrates the power of focusing on human biology from the off. This could not have been done using animals, due to genetic differences that complicate rather than facilitate our understanding of human diseases like diabetes.”

The research is reported in the paper ‘Changes to the identity of EndoC‑βH1 beta cells may be mediated by stress‑induced depletion of HNRNPD’, published in Cell & Bioscience.