Can you become a doctor without experimenting on animals?

Can you become a doctor without experimenting on animals?

Animal Free Research UK volunteer and future doctor, Fergus Brown, is hopeful that you can. Fergus is a vegan medical student at the University of Glasgow, who avoids the use of animal research. He is fascinated by the complexity of the human body and how much we still don’t know about it. We spoke to him to find out more about his experience as an animal free medical student. 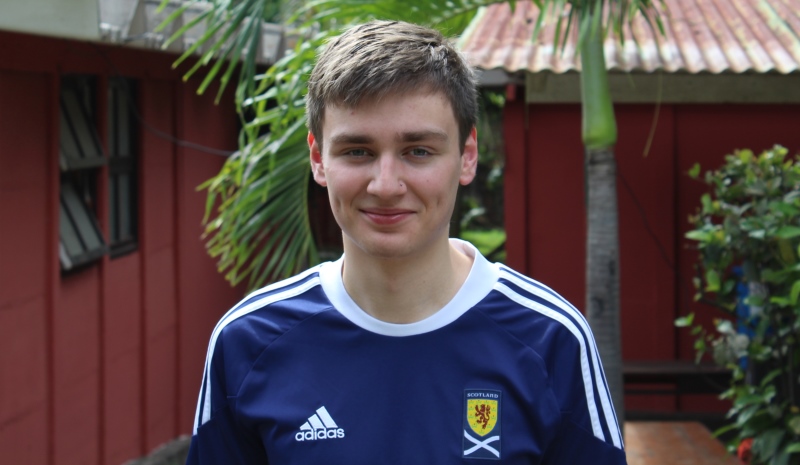 Hi Fergus! Could you tell us a little about yourself?

Hi! I’m Fergus, a 4th-year medical student at the University of Glasgow and new volunteer with Animal Free Research. I came across Animal Free Research UK on the internet a couple of years ago and decided to volunteer to get involved in an issue very close to my heart and one that interlinks with my future career. I was born in Belfast but have lived in Glasgow for as long as I can remember.

What do you think about animal research?

Animal free research is the future, for better treatments, lower costs and the rights of animals.

Does any part of your training involve animals or animal-derived materials?

There have been a few times we have had histology slides from rats and we have had a rat foetus to look at under the microscope. On that one occasion, I just completed the work we had to do. Sometimes you have to pick your battles and some cells they’ve been reusing for 30 years didn’t seem like one of them.

Ideally, we wouldn’t work with any such specimens as there is plenty of human material available.

I’ve been lucky, as my university has a cadaver program; we did all of our anatomy dissection training on donated human bodies, instead of animals that were killed for our learning.

We also use synthetic skin and models to practice techniques on.

From your own experience in medical research, is the replacement of animal use becoming more accepted in the medical community? 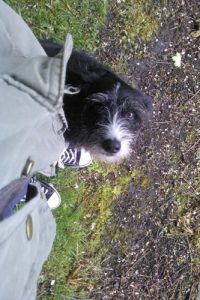 Fergus and his rescue dog, Milly.

What do you think is the necessary breakthrough that would promote the development of non-animal methods?

I think a headline medical treatment discovery made using non-animal methods would change the public’s perception completely and lead to more funding going into these methods. 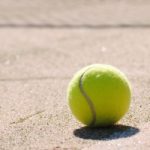 Fergus’s favourite scientific fact is that the surface area of your lungs is about equal to one side of a tennis court!

How long have you been vegan and why? Do you have a ‘transition’ story?

I decided to go vegan in summer 2014, just before I started university, and I was fully animal free by Christmas. I had believed for a while that using animals for food was unnecessary and cruel. After watching some documentaries, I was seriously thinking about changing my diet.

When I learned about the environmental impact of animal agriculture it pushed me over the edge. My transition story would be that it was much easier than I thought! The only reason it took me a while was laziness, and I’d encourage anyone considering it even in the slightest to give it a try.

Is it difficult being a vegan medical student?

I haven’t had too many issues so far! Saying that, I haven’t had much experience on the research side, which I imagine is a lot worse. There are only a few treatments and drugs that are inherently made from animals. But many pills contain lactose from dairy as a binder, which I find disheartening.

I haven’t met many other vegans in the profession; I get surprisingly uninformed comments from highly educated people, but all I can do is set a good example and explain the many reasons [for veganism].

What do you like to do when you’re not studying? 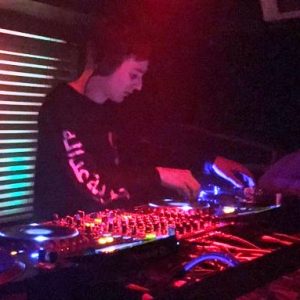 Fergus has a love for electronic music

I’m really into electronic music, so I spend most of my time and money on records and club nights. Apart from that, I like good vegan food and binge-watching Peep Show.

What do you think you would be doing if you were not a medical student?

I think I’d be studying something to do with the environment or sociology.

What are your future plans?

I’m hoping to finish my degree and then work in the NHS. In the long run, I’d like to do work on bigger scale things, either in global health or on environmental issues around health.

Thank you for becoming a Tin Army volunteer and animal free doctor, Fergus! We wish you all the best in your studies.