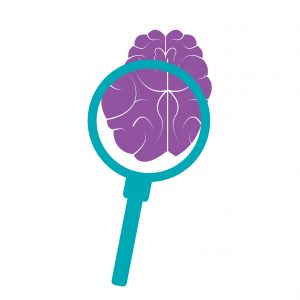 Learn more about the research

Professor Geoff Pilkington answers some of your questions about brain tumour research and why he’s passionate about finding a cure for brain tumours.

I became passionate about doing something scientific that may help patients suffering from devastating diseases. Sadly, eight years into my brain tumour research career, my mother was diagnosed with a malignant brain tumour in 1979. She survived for only 16 months. This period showed me the ‘other side of the counter’ and enabled me to empathise with patients and carers alike, as well as being a dedicated brain tumour researcher.

Why are you conducting animal free research?

Early in my career, live animal experiments were ‘the norm’; in vitro work was rare and scorned by many. However, I had major concerns about being able to replicate the precise biology of the human brain and its diseases in rats and mice.

I began growing cells from brain tumour patient biopsies and studying their biology using new cellular and molecular techniques. I believe that this investment in time has helped in bringing these studies to the forefront – achieving both the replacement of animals in science, as well as gaining a sounder representation of the diseases we seek to treat.

Do you encounter any barriers because you don’t use animals?

Yes, this is a major problem. In vitro work is often expensive and painstaking, but I feel that the cost will reduce with the more research that is carried out.

In vitro research takes place in a controlled environment, outside of a living organism (such as an animal or plant). In vitro (Latin for ‘in glass’) experiments are traditionally undertaken in test tubes, petri dishes or flasks. They usually involve isolated cells, tissues, or organs.

It is also very difficult to get our solely in vitro research findings published in top journals, as they regularly state that we need to ‘validate’ our in vitro findings in animals. In fact, we have been asked by several research groups to help them ‘validate’ their animal experiments with our in vitro studies!

Do you find that the replacement of animal use in biomedical research is becoming more accepted in the scientific community?

Yes actually, at last, I do. The level of sophistication of the in vitro systems now available to us has given the scientific sector the enthusiasm and impetus to concentrate on these non-animal approaches. I believe we are getting ever nearer to gaining acceptance of such technologies in pre-clinical testing.

Did you always want to be a scientist?

No. I really enjoyed biology at school and had a wonderfully eccentric teacher, who first instilled in me a fascination for the life sciences, but I didn’t really know what to do as a career. It was only when I got a job as a technician in a medical research laboratory that I knew I really wanted my own laboratory, so set my sights on gaining the qualifications necessary to achieve this goal.

What advice would you give someone who wants to go into animal free research?

Spend some time in my labs, to gain an experience of what it’s really like to work in a laboratory of non-animal medical research. We try to host as many A-level and undergraduate students as we can realistically support each year.

You can help Geoff beat brain tumours by making a kind donation today.