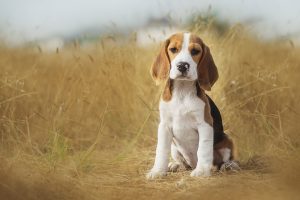 Media reports over the weekend said Home Secretary Priti Patel has tasked officials to find ways to end the use of animals in the development of medicines.

“So we welcome reports the Government is going to review how to end outdated medical research. By committing to a strategic phase-out of animal research, and phase in of human -specific research, the government will also ensure the UK remains one of the world’s leading scientific players.

“Those who hesitate will be lost, and this review is a major opportunity for the UK and its science industry to grasp.”

According to the media reports, Ms Patel met with Lord Goldsmith, the animal welfare minister, after being shocked by a video of a facility where beagles are bred to be tested on. Lord Goldsmith is understood to be pushing for a road map to ban animal experiments.

Last year, 2.88 million scientific experiments were completed on animals, with more than 4,000 experiments conducted on beagles, and almost 150 on cats. In total, 86,000 experiments were classed as causing “severe” suffering to the animals involved.  Around 2,400 monkeys were subjected to experiments, many of whom were imported from Africa and Asia in small crates in aircraft holds after being raised in breeding centres that often have appalling conditions.

Yet as statistics show, over 90% of new medicines that look promising in animal tests fail in human trials because they are unsafe and/or do not work in humans due to significant differences in our genetic makeup.

While the government is making much of the 15% decrease from the previous year (2019), the Home Office acknowledged lockdowns due to COVID-19 affected laboratories and likely helped reduce the number which annually totals over three million – or six animals a minute every day.